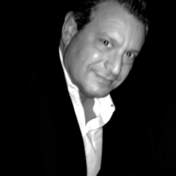 With more than 25 years of experience in both studio & independent film, television and theater production – as well as a stellar background in business management – Avi Haas brings a wealth of both creative and financial expertise to his role as Co-Founder, CEO and Managing Director of Origo Financial Services (OFS).

Overseeing day-to-day, worldwide operations out of the company’s Los Angeles and New York City headquarters, Haas, known for his team building skills, has utilized his extensive contacts in entertainment and international finance to assemble an elite lineup of industry leaders to advise the company as members of OFS’ senior management team, Executive Investment Board and Advisory Committee.
​
Over the past three years, Haas has focused his attention on the global development and launch of OFS and its first funds, The Origo Funds, basing the company’s structure on a principle belief—In order to be the best fiduciary of a client’s investment, a media financing company needs to be led by a team of professionals who understand the ramifications of financial decisions on the creative process and, concurrently, that their combined knowledge enables them to understand the ramifications creative decisions have on financial viability.
​
Under his own company banner, Haas Filmed Entertainment, launched in 1997, Haas develops and produces his own projects, as well as provides consulting services, having worked with some of entertainment’s leading production entities, including Brooksfilms (helping develop The Producers), Cruise/Wagner Productions, Grand Illusions, Warner Bros. Television, Warner Bros. Pictures and Rhino Films, among others.

​The feature film Inconceivable, his first solo effort as an indie producer, co-produced with Fertile Films and released by Curb Entertainment, received the 1998 Independent Spirit Award and landed Corinne Bohrer a Best Actress Award at the 1999 SilverSand Film Festival.

Haas banner projects currently in development and pre-production for feature release and television include animated projects with Galen Walker (producer of the Teenage Mutant Ninja Turtles feature films) and the eight-hour, TV miniseries Men of Iron, the story of German industrialist Fritz Thyssen, directed by Uli Edel (the TV miniseries Houdini, The Baader Meinhof Complex and the award-winning The Hotel Adlon), in association with New York-based producer Chris Bongirne (Multiple Sarcasms, The United States of BBQ) and co-producers Odeon Films and the Bavarian Film Group.

Additionally, in partnership with Stephen Nemeth and Rhino Films, Haas is in pre-production on The Archer, an action-adventure in conjunction with The Exchange, directed by Eric Brevig; The Collaborators, a historical, WWII drama, directed by Hawk Gundersen; Santa School, written by Pierce Gardner (Dan in Real Life) and directed by Brian Levant; and Einstein, based on the bestselling biography by Jurgen Neffe.

Following college and before relocating to L.A. in 1993 to fulfill his dream of becoming a filmmaker, Haas entered the cellular communications industry – which was in its infancy – taking a sales position with the largest, independent wholesale service provider Cellcom, where he spent three years and was promoted to head of sales for the New York metropolitan area (the world’s largest service area at the time).

Haas spent another five years in the industry, launching his own wholesale cellular service and equipment company, Seventh Wave Communications, which became one of the largest cellular resellers in the New York tri-state region.  Additionally, Haas developed his own line of accessories, carried by a majority of his major electronics accounts on both coasts; expanded operations to the west coast; and opened a chain of retail outlets. Under his leadership, the company’s revenues grew to more than $3.5 million annually before he sold the company to concentrate on filmmaking.

During his career, Haas first apprenticed, then worked for and finally collaborated with Academy Award-winning producer Jonathan Sanger (The Producers, Vanilla Sky, The Elephant Man, Flight of the Navigator) on a variety of high-profile television and movie productions. In that capacity, he served as Associate Producer on the critically acclaimed, Warner Bros. feature film release Without Limits, produced by Tom Cruise, Paula Wagner and Sanger, starring Billy Crudup, Donald Sutherland and Monica Potter.

In 2004, Haas was tapped to lead a team to design and then build  a cutting-edge film studio, including an entertainment hub styled after Universal City Walk, outside of Las Vegas, Nev.  After overseeing the initial design phase, Haas spent more than six months conducting a feasibility study and launched preliminary discussions with the city, state and U.S. Air Force, the latter in regards to a no-fly zone.  Due to a boom in BLM land auctions, increasing the per-acre cost exponentially, Haas determined development costs would far exceed a sustainable level and advised investors to postpone the project indefinitely.

From 2006-2009, Haas served as head of production of Grand Illusions Entertainment, co-producing and overseeing a variety of projects and producing the cult horror feature 100 Feet, starring Famke Janssen, Bobby Cannavale and Michael Paré.

Haas attended the prestigious theater school at the University of Kansas in the early ’80s, where he cemented his desire to become a filmmaker after joining the crew of ABC Films’ The Day After, starring Jason Robards, JoBeth Williams and Steve Guttenberg .

Born and raised in New York City, Haas has lived, studied and worked overseas in both Europe and the Middle East. Influenced by his family of renowned professional musicians, Haas has been immersed in the arts from an early age and is involved in a variety of organizations supporting them.