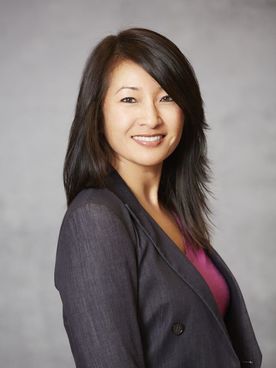 Helen Lee-Kim is Partner and President of International at Good Universe, a leading motion picture production and global sales company.  Lee-Kim drives all aspects of the international business for Good Universe, as well as operates a robust, third-party business representing key producer partnerships in the international marketplace. Lee-Kim has launched more than 70 films which have generated over $4.5 billion in worldwide box office.

Prior to Good Universe, Lee-Kim served as President of Lionsgate International where she oversaw all aspects of the division’s operations during a period of unprecedented growth and record-breaking results for the group. She played a key role in evaluating projects for the company’s large and diversified theatrical slate, which included feature films produced by Lionsgate, Summit Entertainment, Mandate Pictures and third-party production companies.  During her tenure, she oversaw such films as box office juggernaut The Hunger Games, Hope Springs, Juno and the Saw franchise; as well as third-party titles Kick Ass, Immortals, Limitless and Riddick.

Prior to joining Lionsgate in 2007, Lee-Kim was Vice President of International Sales at Mandate Pictures.