Special Advisor to the Partners & Executive Investment Board 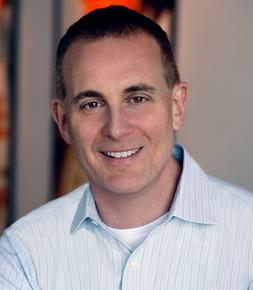 With a varied and entrepreneurial career in the entertainment industry, Peter Schlessel brings a unique breadth of experience to Origo Financial Services as a Special Advisor to the partners and its Executive Investment Board.

As CEO of Focus Features, Schlessel supervised the releases of such award-winning, box office hits as The Danish Girl, London Has Fallen and The Theory of Everything, which was nominated for five Academy Awards® with Eddie Redmayne winning Best Actor.

Before joining Focus, Schlessel served as CEO of Film District which he co-founded in 2010, releasing such successful films as Looper, Olympus Has Fallen, Insidious, Soul Surfer, Drive, Safety Not Guaranteed, Red Dawn and Evil Dead. He served as producer or executive producer on many of the company’s releases.

Schlessel began his career in entertainment in 1989 as Director of Legal Affairs for RCA/Columbia Home Video. In 1996, he co-founded Screen Gems, a division of Sony Pictures Entertainment (SPE), which financed and produced mid-range budgeted pictures. During his tenure at SPE, he supervised more than 1,500 third-party acquisitions. Under Schlessel’s leadership, revenue grew tenfold for the acquisition and co-production lines of business.  In 2000, Schlessel was promoted to President of Production for SPE’s Columbia Pictures.  In three years as President of Production, Columbia’s box office rank rose from #8 in 2000 to #1 in 2002 (setting a then industry record of $1.57 billion).  In the beginning of 2003, Schlessel was promoted to President of Columbia Picture and was involved in the studio’s summer hits Spiderman, Charlie’s Angels and SWAT. Internationally, he spearheaded Columbia’s acquisition of T3: Rise of the Machines and Terminator: Salvation.

In 2004, Schlessel left SPE to consult for a number of different companies including DreamWorks and Mandate Pictures.  He also assisted Jeff Skoll in founding Participant Productions. As a consultant, he was involved with the sale of such movies as The Grudge and 30 Days of Night.

Schlessel returned to SPE in 2006 as the President of Worldwide Acquisitions, before being promoted to President of Worldwide Affairs.  He was responsible for SPE’s involvement in such pictures as District 9 and Michael Jackson’s This Is It. He also oversaw the SPE’s Lot Project, which included the construction of two office towers, a new commissary, athletic club and park.

An active member of the Academy of Motion Picture Arts and Sciences, Schlessel is a graduate of Union College and University of Pennsylvania Law School. He started his professional career at the law firm of Simpson Thacher & Bartlet.