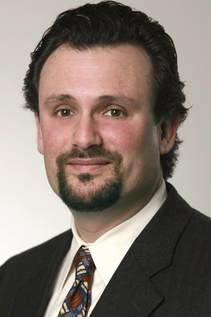 ​With more than 25 years of experience in the entertainment industry, most recently as Chief Operating Officer for Focus Features, Adrian Alperovich brings a wealth of experience to Origo Financial Services’ Executive Investment Board.

During his tenure at Focus Features, the company released such award-winning, box office hits as The Danish Girl, London Has Fallen and The Theory of Everything, which was nominated for five Academy Awards® with Eddie Redmayne winning Best Actor.

Prior to that, Alperovich co-founded the successful, independent film company Film District in 2010. As its COO, he co-managed the company as it released successful films such as Looper, Olympus Has Fallen, Insidious, Soul Surfer, Drive, Safety Not Guaranteed, Red Dawn and Evil Dead.

Previously, Alperovich was the Senior Executive Vice President and General Manager of Sony Pictures Worldwide Acquisitions (SPWA) for four years, responsible for many aspects of the division, including green lighting, project modeling, ultimates, budgeting and oversight of all sales divisions related to SPWA properties.

Prior to that, he spent 15 years at Sony Pictures Home Entertainment, most recently as Senior Executive Vice President of International, responsible for running all aspects of the studio’s international home entertainment business, including direct responsibility for the P&L of 16 subsidiaries with 450 employees; supervising 60 licensed deals; and budgeting for more than 1,000 titles by major territory.

Alperovich also oversaw business development worldwide for Sony Pictures Home Entertainment, including leading the development and launch of DVD and Blu-ray formats, as well as managing the division’s interactions across a multitude of business opportunities and technologies.

He began his professional career at publisher Bantam Books in the editorial department and later at the First National Bank of Chicago as part of their First Scholar program, later becoming a Corporate Banking Officer.

Alperovich is an active member of the Academy of Motion Picture Arts and Sciences.  A graduate of Northwestern University’s Kellogg School of Business and Cornell University, he lives in Los Angeles with his wife and two daughters.