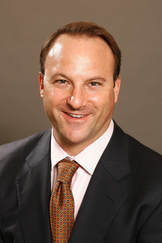 Peter is a Managing Director of Risk Strategies, working primarily in the company’s DeWitt Stern Entertainment Group - a 119 year old practice section of the firm that is now the 17th largest broker in the U.S.  Peter has been the Co-Head of Film, Television, & New Media at the firm for the past twelve years.  He creates production and IP insurance programs and risk management protocols for many of the world’s finest film and television production companies, including many Oscar, Emmy, and Golden Globe Award nominated and winning shows, and he oversees the Cyber and KR&E programs for these companies as well.  He is a trusted advisor and insurance consultant to the film world’s top completion bond company, and his team annually insures roughly 70 feature films and over 500 hours of television shot around the world.

Beside hands-on film and television production risk management, Peter specializes in writing bespoke programs for Cyber insurance, Reputational Harm, and Kidnap/Ransom/Extortion insurance and consults on risk management protocols both for multinational firms, as well as high net worth family offices.  In this capacity, Peter works closely with the world’s leading security firms and public relations firms.

Before joining DeWitt Stern in 2005, Peter produced feature films and television.  During his many years of experience in the film industry, he was the Senior Vice President of Film Production at Lionsgate, head of television production at Trimark Pictures, and served as an executive at several prominent independents where he developed the screenplays and oversaw production through to delivery of many lauded and successful feature, cable, and television films.
​
Peter graduated Cum Laude with a B.A. from Yale College, and holds a degree from The London Academy of Music and Dramatic Art, and an M.F.A. from the Yale School of Drama.  He is a licensed Property and Casualty broker in New York, California, Georgia, Virginia, Louisiana, and Florida.